The Public Power Corporation, DEI, has approved the six-year Operating Programme (2007-2012) for major investment in renewable energy sources (RES), producing up to 900 MW by 2012. DEI hopes to acquire and hold a 23% share in the Greek RES market by 2014. In order to implement this development aim and improve its RES competitiveness, DEI Renewables is to implement the following policies:

The DEI Board of Directors has already approved the transfer of assets belonging to the Alternative Forms of Energy Directorate (DEME) to its subsidiary DEI Renewables, which will be solely responsible for the RES sector.

The Board of Directors has also approved the partnership of DEI Renewables with French company EDF Energies Nouvelles, for the joint construction of wind farms with a total output of 122 MW. 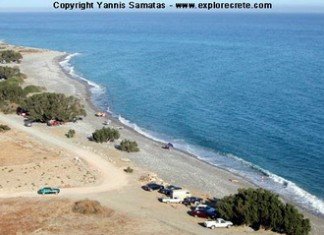 Dermatos beach in Crete at risk