Heraklion police faced yet another human trafficking case, involving a Bulgarian man who had forced a 30-year-old woman from the same country into prostitution.

According to information, the woman was imprisoned in a room in Heraklion and subjected to physical and mental pressure in order to make her comply with her compatriot’s demands. In spite of her pleas, the Bulgarian forced her to have sex with, or rather be raped by, the customers he brought to her cell. He even shaved her head, treating her not as a human but as an animal in a cage and a source of money.

The 30-year-old woman managed to escape and went to the police to report her torturer. She first spoke to the police in Arkalochori, and the case is now in the hands of the Heraklion Security police, who have arrested the Bulgarian, his sister and a female friend of theirs. 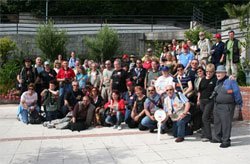