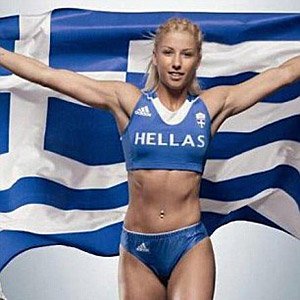 Statistics about Women in Greece

Greek Women comprise 50% of a total population of 11 million. There are just 108 more women than men in Greece according to 2007 statistics.

The average number of children per woman is 1.3 and there is a serious low birthrate problem.

60% of Greek University entrants are women.

Women make up 16% of the Greek parliament

Women make up 40% of the working population in Greece.

Unemployment in Greece hits women hardest, since they make up 60% of the unemployed.

One in ten (10%) of small and medium enterprises (SMEs) is owned by women, who work at least 40 hours a week, affecting their family and personal life.

Women rape victims are estimated at 4,500 per year, of whom 36.5% are underage. Only 270 of these rapes are declared to the police.

There are nearly 200,000 single mothers in Greece.

Greek Women are usually the ones who do the cooking, cleaning and ironing, while only 3% of men help with the housework.
To compare this with other European countries, in France and Italy this rises to 11%, while 17% of the men in Luxemburg help their wives.

The Battle Of Crete – Never Forget