A selection of pictures with beautiful sunsets in Crete and settings showing the Cretan sky.

When the flowers blossom by Theophilos

A beautiful picture from the talented photographer Theofilos. Spring in Crete, with blossoming flowers and a cloudy but not menacing sky. Just as spring in Crete which starts right after February, with many sunny days that interchange with cold and cloudy days .

The title “Crete, Greece” in this picture might be very generic, but it’s actually absolutely right. Is there a more characteristic image from the blue sky, the tower of a church and the blossomed bougainvillea that we see in many areas in Greece ;

Bird in Crete by dongbak

A dove, the symbol of peace, with open wings in the blue sky.

The sun that sinks and shines like a light sphere, just before it hides behind the mountain. A simple picture which attracts our attention with the orange nuances of sunset and the intense antithesis with the mountain black.

Morning in Plakias in Crete by CzechR

The sun has just risen in south Crete and illuminates the first houses on the beach of Plakias. Judging by the cloudy sky the picture is not taken during summer time. A beautiful picture that could have been a painting. 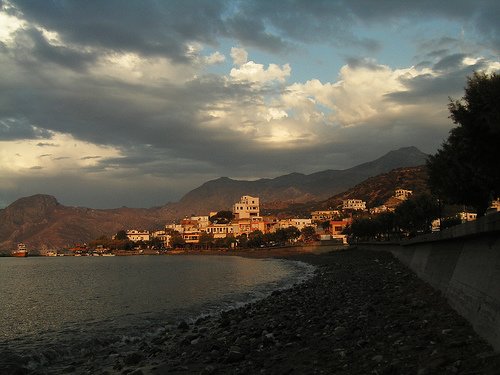 The Venetian lighthouse in Rethymnon by Theophilos

One of the most photographed sites in Crete is the Venetian lighthouse in Rethymnon, which is impressed here on an impressive and unusual picture thanks to the creative eye of Theofilos. 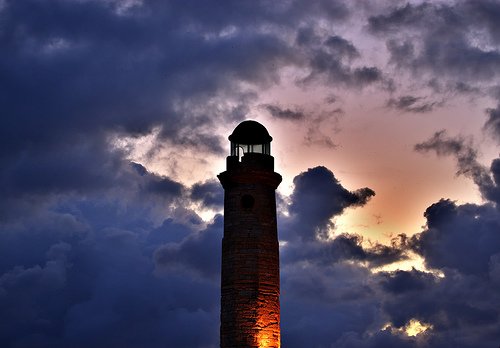 Here’s to the nights where… by traumlichtfabrik

What can someone write about this remarkable picture? It is a very simple but very smart idea, with an impeccable technique that created this touching result. This is a picture that makes us Cretans particularly proud, because this island inspired the photographer.

The lighthouse of Chania in a picture with purplish colors that we rarely see in similar pictures from the Venetian harbor in Chania. The artist photographer is the same as in the previous picture. 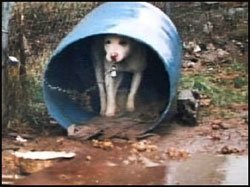